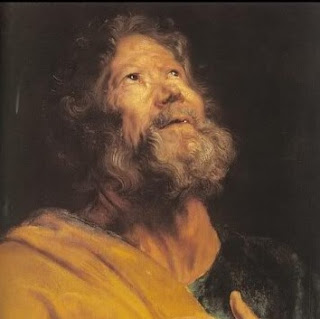 Perhaps the most well known of Jesus’ disciples is Peter bar Jona. His extroverted, blunt, enthusiastic personality leaps from the pages of scripture. He is first to declare Jesus the Christ ~ yet denies him 3 times. It is Peter who leaps from the boat to walk on water ~ then starts to sink.  It is Peter who starts telling Jesus what to do & finds himself equated with satan! It is Peter who rushes with John to the empty tomb; Peter who recognises Jesus cooking fish from the shore & leaps overboard, too impatient to wait on the boat arriving; Peter who cuts a servant’s ear in the garden when Jesus is arrested.  He suffers from chronic foot in foot. He has grandiose ideas, wanting to bask in the glory of the transfiguration rather than descending into the valley to deal with people’s very real & hardly glorious needs.

I like Peter.  He is very human with such a big personality that it is surprising to realise he contributed very little to our bible as we know it.  He wasn’t even one of the 2 leaders of the church.  James, the brother of Jesus, led the church in Jerusalem; Paul led the gentile church.  Only The Gospel of Mark is attributed to Peter’s memories of Jesus ~ & it certainly sounds like Peter. Then there are just 2 short epistles under his name. Rather, as Peter himself puts it, he was an apostle of Jesus Christ ~ a sent one ~ fulfilling the commission Jesus gave him in Luke 22:32  But I have pleaded in prayer for you, Simon, that your faith should not fail. So when you have repented and turned to me again, strengthen your brothers

Stērizō means to render mentally steadfast or to stand immovable ~ & certainly the persecuted church in Asia Minor was in need of strengthening.
For one thing the Roman Empire regarded a people who turned away from the customs of their society with distrust, believing them to undermine society by this attitude.  You are seeing something similar happen in western society today with Christians being vilified for protesting new societal norms.
People also tended to blame this turning away for the disasters overtaking their world & thus blamed Christians for their troubles.
Christians were also suspected of cannibalism, incest, orgies, and all sorts of immorality.

Up until about 54 AD Peter was in Jerusalem & part of the Judaic church. In 54 AD he undertook a missionary journey into Asia Minor with his wife.  If you look at our map you will see that all the countries mentioned in Peter’s epistle are part of Asia Minor or part of Greece, which the Romans called Asia.  These provinces were once part of the great Babylonian/Assyrian Empire that covered all this territory. 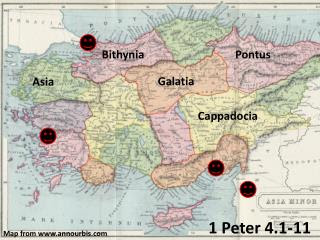 I can’t think of anyone in the early church better qualified to write to a persecuted church than Peter.  If Peter had learnt nothing else from his time with Jesus he had learnt that it was fatal to take his eyes of Jesus!

This then is the central theme of 1 Peter: The God of All Grace. It so occupies Peter’s mind that he can barely write a paragraph without mentioning Christ & what He has done for us.

From his opening paragraph Peter makes it very clear that believers are refugees, sojourners, foreigners, in this world, set apart & sanctified by the Holy Spirit. He finishes with the benediction that the believers might experience an ever increasing amount of God’s grace & peace.

Remember we have studied the close correlation between Charis [grace] & chara [joy] before. Peter makes this connection clear as he proceeds, pointing out that as believers who have been redeemed from the world we live with great expectation & the outflow of all that we have in, through, & from Jesus Christ should result in an overflow of joyful gratefulness that triumphs over our trials & tribulations.

This is the pattern. Jesus blood over us is the New Covenant we have with Him [Matt. 26:28]; we are ordained as priests  [1 peter 2:9] after the order of Melchizedek; we are cleansed of our corruptness [Romans 11:27]. On top of all this Peter states in v5 that God is protecting us.

So why, oh why, are the Christians of Asia Minor suffering?  Why do we suffer? Peter explains from v6 onwards that the trials are allowed to prove the genuineness of our faith. V7 says we are refined like gold.  I’m pretty sure I’ve said this before but it bears repeating. Gold is refined in the fire to rid it of all impurities.  How do you know when the gold is pure?  When the refiner can see his reflection in the gold!

Trials & tribulations are not arbitrary.  We become overcomers by overcoming.  We become holy by being refined in the fire. We become like Christ by imitating Him in all things ~ & this includes our suffering. Trials & tribulations are meant to force us to closeness to God where we learn to rely on Him more fully & to form the image of Christ in us.  They are not a punishment! Of all men, Peter knew this to be true. This was a man of whom it is written they put their sick out in the streets of Jerusalem that his shadow might fall on them & they be healed. Acts 5:15 Peter learnt through his pride that he could not stand in his own strength because he fell but he could stand in Jesus because the Holy Spirit imparted the grace to stand!

Now some people will tell you it is the will of God that you suffer trials & tribulations.  Not at all!  They are allowed that you might put your faith to work & become overcomers, exercise joy in tribulation & bring glory to the father.  It is not God’s will that you live defeated, impoverished, downtrodden lives.  We walk in the victory Christ bought for us with His own blood & we put our faith to work.  By faith in prayer Peter walked out of jail [Acts 12:5~17] He didn’t sit there bemoaning his lot.  Or consider Paul in Acts 16:25 singing praises to God till everyone’s chains fell off!  I tell you trials & tribulations will come because the god of this world is still satan & he is the destroyer, the liar, the murderer but we do not have to live under his yoke. Rise up, saints, & take your authority in Christ!

Salvation is such a wonder & a mystery that even those who prophesied it & the angels who witnessed its implementation desire to understand it!

In this chapter Peter also gives the call to holy living. V 13 is correctly rendered as to gird up the loins of your mind. Or as Romans 12:2 puts it: Do not conform to the pattern of this world, but be transformed by the renewing of your mind.

The Christian life is one of training.  It is not one where we are expected to do everything ourselves for we are to be led of the Spirit but the leading of the Spirit will have certain results.  For one thing he will convict us of our sin & help to change our thinking so that our thought patterns conform to God’s. He helps us to resist the call of our fleshly nature & do the bidding of God.

As we move into chapter 2 Peter clarifies his thoughts on holiness.  He wants believers to grow into maturity that we will have the full experience of our salvation. V2

It is in Peter that you find the imagery of believers as *living stones*, *God’s Temple*, *A Holy Priesthood* offering *spiritual sacrifices*.  You see Peter understood there is a correlation between reverencing Christ & his blood shed for us, our hunger for the word [which washes us Eph 5:26] & the way we live.  Little of the word in our life, little power to overcome sin or present spiritual sacrifices. V8 clearly says they stumble because they do not obey God’s word, which is why Romans 10:13/15 says: How then will they call on Him in whom they have not believed? How will they believe in Him whom they have not heard? And how will they hear without a preacher? How will they preach unless they are sent?

I am going to stop at chapter 2:11 because at this Point Peter shifts his focus to how a Christian is to deal with various forms of authority & correct submission.

Peter’s focus in these 1st 2 chapters is on the joy we should have in our salvation & the correlating fact that as new creations we should no longer be subject to the ruler of this world.  Indeed Christianity has thrived as a diaspora, going into all the world & Planting themselves as foreigners in their own countries that as Peter observes when they see your honourable behaviour, they will give honour to God when He judges the world.

Peter lists 5 things that are a cause for joy: Great mercy, The new birth, A living hope, Resurrection from the dead, An imperishable inheritance.

There is a 6th thing that I also think is a cause for joy: (1:5) "... Who through faith are shielded by God's power until the coming of the salvation that is ready to be revealed in the last time."     The Greek verb phroureō, is a military term meaning "to maintain a watch, guard, here 'to provide security, guard, protect, keep.'"[9] This guarding will continue until Christ returns -- and personally consummates our salvation [Heb 9:28]

This life is not always easy.  It can be confusing & heartbreaking but we have no cause to despair  for the eyes of the Lord are on the righteous… This is a promise declared over & over in scripture, so much so that David declared, Yea, though I walk through the valley of the shadow of death I will fear no evil, for thou art with me…

I urge you to cultivate your relationship with Jesus for this is the way to walk in utmost confidence & yes, even victory, no matter what this world throws at you!
Posted by Ganeida at 18:44 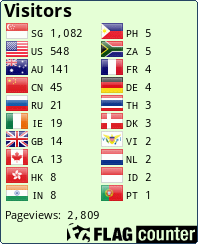 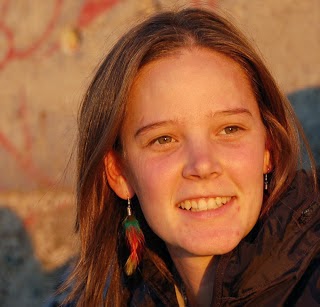 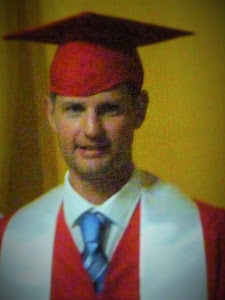 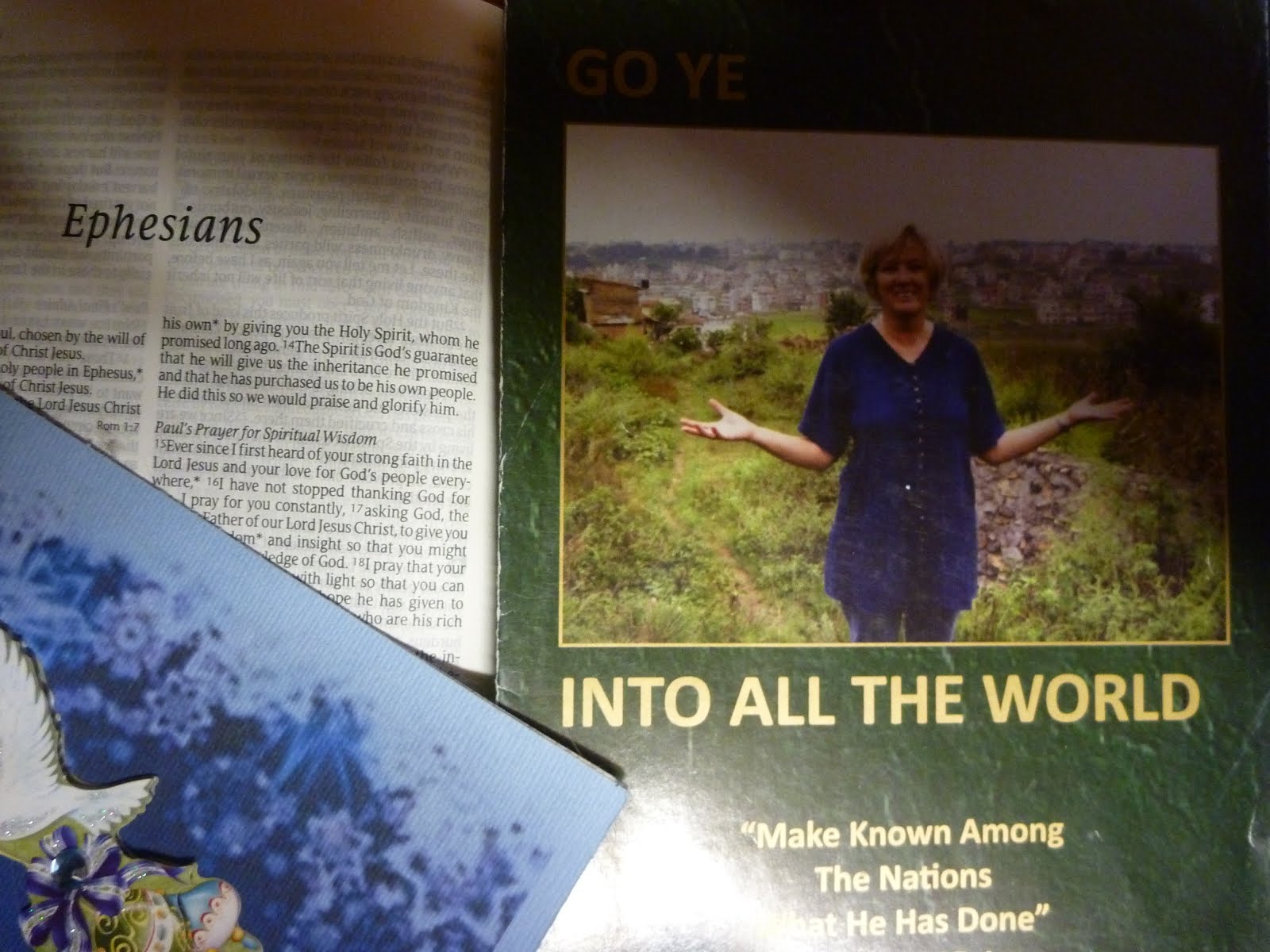